I’ve been a Windows-only user for my entire adult life and never gave Apple’s Mac computers a second glance. Not only was I perfectly happy with Windows computers, but Macs were always too expensive for me. But things could change with the arrival of the MacBook Air 2022.

Since joining Tom’s Guide, I’ve had a chance to test a handful of the best MacBooks. The MacBook Pro 14-inch turned out to be my first time living with the modern macOS and I found that particular experience pretty eye-opening.

I’m still getting used to macOS, but I’m becoming more accustomed to it each day, especially after using other Macs like the MacBook Pro 2020 and the MacBook Pro 13-inch (M2, 2022). That’s the device I’m currently using for any Apple-related stories I need to work on, but I’ll have to return that laptop. Because of that, I’ve given serious thought to getting a MacBook of my own.

If I’m going to carry a laptop around, I want it to be as thin as possible. The Air certainly fits that need.

Other features include a 13.6-inch Liquid Retina display, a 1080p webcam and —perhaps the main design feature I want — MagSafe charging. Not only is it easy to snap the MagSafe connector to MacBooks, but it also keeps your laptop safe from accidents since the power cable snaps off with a hard pull.

The MacBook Air 2022 has four color options: Midnight, Starlight, Silver and Space Gray. I’m eyeing a Midnight laptop since I prefer electronics with darker hues. And while I don’t hate the Touch Bar as much as some others do, I’m glad the new MacBook Air has standard function keys.

If I get the MacBook Air 2022, I’ll opt for a configuration with 10 GPU cores, 16GB of unified memory and 265GB of storage. Though this bumps the price up by $300 to $1,499, I’ll still pay $500 less than the entry-level MacBook Pro 14-inch, which starts at $1,999. Granted, that laptop has a superior mini-LED display, more ports (including HDMI) and a stronger M1 Pro chip. But considering how I won’t use the laptop as frequently as I will my Windows desktop PC, I don’t need all the bells and whistles of 2021’s MacBook Pros.

Those specs are all I need for my everyday computing needs, which mostly consist of using Google services like Drive, Docs, Meet and Mail for work. Since I do so much work on Google — specifically on its cloud-based services — 256GB of storage is more than enough. Worst-case scenario, I can always get one of the best external hard drives.

I could probably make do with an 8-core GPU, but I want the extra headroom since I frequently need to edit photos on GIMP. And on the off-chance I need to edit and render a video, 10 GPU cores will let me do so more efficiently.

Regarding gaming, that’s an activity I can engage in on my RTX 3080 Ti-powered desktop. As great as Macs are nowadays thanks to Apple’s M1 and M2 chips, they aren’t yet competent gaming machines. Since I won’t play games on the MacBook Air 2022, the relatively modest specs and storage are more than enough.

5 Reasons Why Blogging Is Important For Marketing And SEO 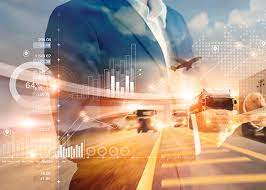